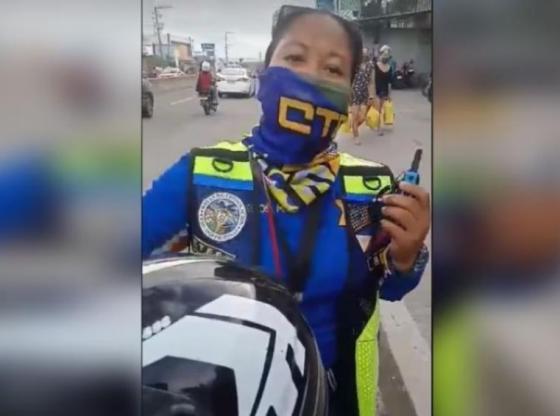 According to the mayor the 15 day suspension which took effect on August 19, 2021 against Consolacion Traffic Enforcement and Special Service enforcer Maricris Vallejos, was a disciplinary action for the misconduct or behavior unbecoming in carrying out her duty.

The mayor said that upon investigation, the traffic enforcer was also at fault for failure to practice maximum tolerance.

Aside from the suspension, the 40-year-old Vallejos was also slapped with a P1,000 fine for not wearing a facemask during the altercation with the 23-year-old Marcelino Sabucido last August 17.

Sabucido however was detained for disobedience of a person in authority at the Consolacion Municipal Police Station. He was already released on August 19 after posting bail.