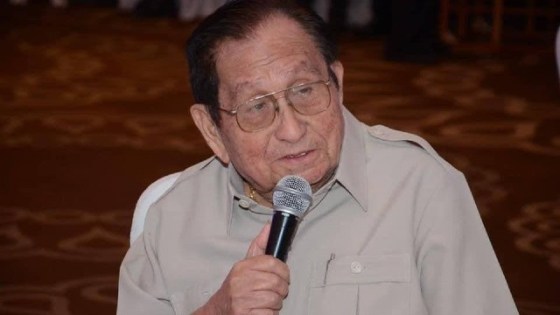 It is with deep sorrow that the family of Pablo “Pabling” Paras Garcia announces his passing last night, the 18th of August, 2021. He was 95.

This was the announcement made by Pabling’s son Cebu Third District Representative Pablo John “PJ” Garcia  in his Facebook page.

A third placer  in the 1951 Bar Examinations, Pabling was a distinguished trial lawyer, law professor and respected constitutionalist.

A loving husband and father, he joins his late wife, Judge Esperanza Fiel Garcia, and his late sons, Nelson and Marlon, in communion with the Creator.

The former Deputy Speaker of the House of Representatives in the 14th and 15th Congresses (2007-2013) is survived by his other children, Gwendolyn, Deirdra, Winston, Byron, Farla and Pablo John, as well as 27 grandchildren and 18 great-grandchildren.

PJ said that in view of current quarantine status restrictions, wake and interment services shall be limited to immediate family members.

He added that further announcements on necrological services shall be made as soon as quarantine restrictions ease.