Lahar tumbles down over Irosin Sorsogon 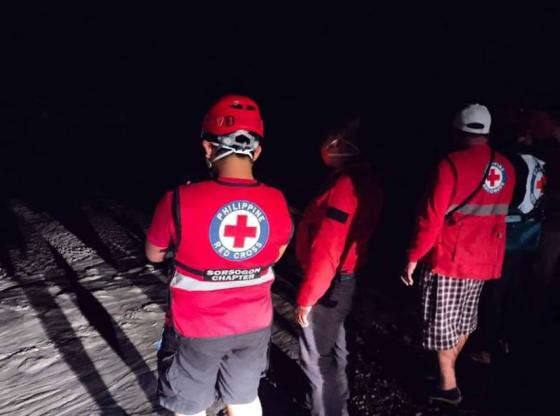 Legazpi City —A small volume of lahar tumbled down along the creek  in Barangay Cogon, Irosin town on Sunday evening, the Philippine Institute of Volcanology and Seismology (Phivolcs) said in an advisory at 1 am on Monday.

Phivolcs said that the small-volume of lahar that began at approximately 7:04 PM yesterday, 26 June, was detected by seismic and infrasound stations of the Bulusan Volcano Network (BVN).

Lahar is a mixture of volcanic ash and water.

The event lasted for 54 minutes during a period of thunderstorm over Sorsogon Province.

Local government units and the public are reminded that entry into the 4-kilometer radius Permanent Danger Zone (PDZ) must be strictly prohibited and that vigilance in the 2-kilometer Extended Danger Zone (EDZ) on the southeast sector must be exercised due to the increased possibilities of sudden and hazardous phreatic eruptions.

Phivolcs reiterated to the public living within valleys and along river or stream channels especially on the southeast, southwest and northwest slopes of the volcano edifice should be vigilant against sediment-laden stream flows and lahars in the event of heavy and prolonged rainfall especially after a phreatic eruption occurs.

Phivolcs instrument has recorded fewer volcanic earthquakes in Mount Bulusan in the past 24 hours compared to the previous monitoring period.

In its Sunday morning bulletin, Phivolcs said only 20 volcanic earthquakes were detected compared to 47 the previous day.

The sulfur dioxide flux was measured at 289 tons on June 25.

Phivolcs recorded phreatic eruptions on June 5 and June 12 that covered several villages in Sorsogon with ash.

The volcano is still inflated and remains under Alert Level 1, which means another phreatic eruption is possible, Phivolcs warned.

The Bulusan Volcano was placed under Alert Level 1 last June 5 due to a phreatic or steam-driven eruption.

Another phreatic eruption took place on June 12. Both incidents caused ashfall in the municipalitities of Magalanes, Irosin, Juban, Casiguran in Sorsogon and as far as southern area of Legazpi.