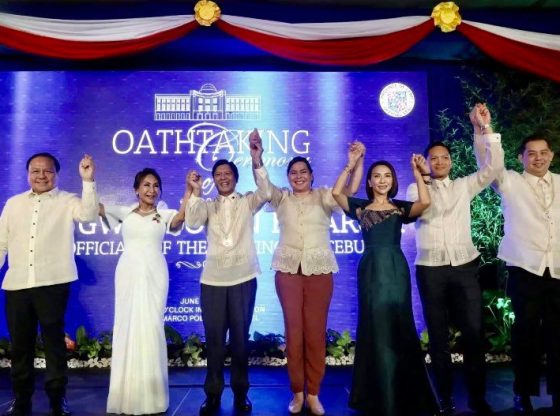 Cebu Governor Gwendolyn Garcia, the founder of Cebu’s most infuential and dominant political party took her oath of office as reelected governor for the fifth time.

Garcia, who got over 1.4 million votes took her oath of office before Sandiganbayan Associate Justice Geraldine Faith Econg.

In his speech, Marcos, who got over 1.5 million votes in Cebu thanked the Cebuanos and the leaders of their trust in him.

Marcos added that his win in Cebu is historic as this is the first time that a Marcos won bigtime in Cebu.

On her part, Duterte promised to local officials that she will be their to support in rendering public service to their constituents.

Other winning candidates from mayors, vice mayors, congressmen, provincial board members, councilors of One Cebu took their oath of office before Garcia.