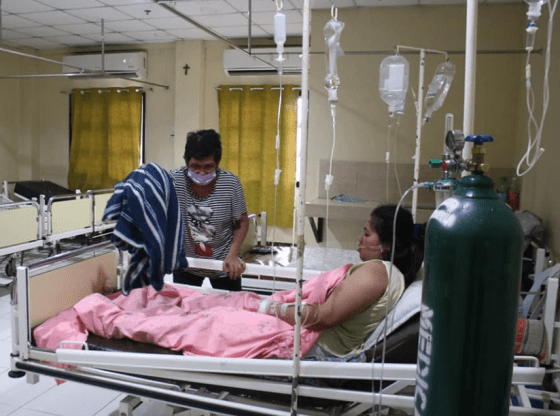 CHO head Dr. Ashley Lopez said in an interview with the city-owned radio station that the patient was brought to the Southern Philippines Medical Center (SPMC) on July 16th.

He added that the patient was admitted to the intensive care unit (ICU) as he was experiencing symptoms of diarrhea such as vomiting and loose bowel movement (LBM).

Their office has also learned that a day before the onset of symptoms, the patient ate street food and drank water from the Davao City Water District (DCWD) line.

Though the water samples tested by DCWD yielded negative for Escherichia coli or E. coli bacteria and total coliform, the CHO, together with the Department of Health (DOH) XI and SPMC, still conducted a separate water sampling to determine the cause of the outbreak. The results of which are expected to be released today.

Meanwhile, Lopez reported that the number of confirmed cases of diarrhea has risen to 147, more than double the 61 cases the day before (July 19).

Of the 147 cases, 64 are currently admitted to hospitals, 49 are outpatients, and 34 are ongoing verification.

The youngest case is a three-month old baby, while the oldest is 69 years old.
In addition, the majority of the cases are women, who comprise 87 out of 147 total patients, or 59 percent.

The number of barangays with confirmed cases has also increased from 12 to 19. Added to the list are Barangays Alambre, Bangkas Heights, Daliaon Plantation, Eden, Sirawan, Marapangi, and Baliok.

According to him, among the barangays with diarrhea cases, Daliao has the highest number of cases with 24, followed by Barangays Lizada, Lubogan, and Toril Proper with 14 cases each.

The City Government of Davao has already pledged assistance to the family of the deceased, as well as to other affected patients.

The local government is also currently monitoring the developments of the ongoing outbreak.

On the other hand, street food vendors in Toril District will be subjected to fecalysis beginning today, July 20, and will undergo a Food Handlers’ Seminar tomorrow, July 21, at Toril Proper Gym.