Plebiscite on the division of Maguindanao slated for September 17 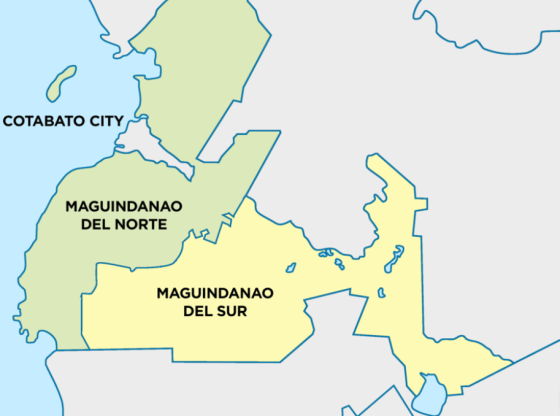 The Commission on Elections (COMELEC), through Resolution Number 10797, has scheduled the plebiscite for the creation of two new provinces, namely Maguindanao del Norte and Maguindanao del Sur, from its originating province of Maguindanao on September 17, a Saturday, this year.

According to COMELEC Spokesperson Rex Laudiangco, the plebiscite was originally planned to be held in August 2021, but was postponed to September 17, 2022, four months after the May 9, 2022 general elections.

He added that the plebiscite is based on Republic Act 11550, which divided Maguindanao into two. It was approved by the 18th Congress on February 27, 2020, and was signed into law by President Rodrigo Duterte on May 27, 2021.

Residents of Maguindanao will decide on the fate of the law, whether they will approve of the partitioning or they will remain as one province.

If the law gets a green light from Maguindanaoans, the province of Maguindanao will once again be partitioned into two new provinces 16 years after the creation of the province of Shariff Kabunsuan in 2006 by virtue of Muslim Mindanao Autonomy Act No. 201, which was ratified through a plebiscite on October 28 of the same year. However, it did not last long as the Supreme Court nullified its creation on July 17, 2008.

Maguindanao del Norte will be composed of the former towns that made up the Shariff Kabunsuan province with the addition of Sultan Sumagka (Talitay). These towns are: Barira, Buldon, Datu Blah T. Sinsuat, Kabuntalan, Matanog, Northern Kabuntalan, Parang, Sultan Kudarat, Sultan Mastura, Upi, and Datu Odin Sinsuat, which will become the province’s seat of power

The original Maguindanao province shall shoulder the expenses of the division plebiscite as per Section 48 of RA 11550.

The President of the Philippines shall appoint other vacancies in the provincial boards of the two new provinces.

Section 9 states that the independent component city of Cotabato will become part of the legislative district of Maguindanao del Norte.