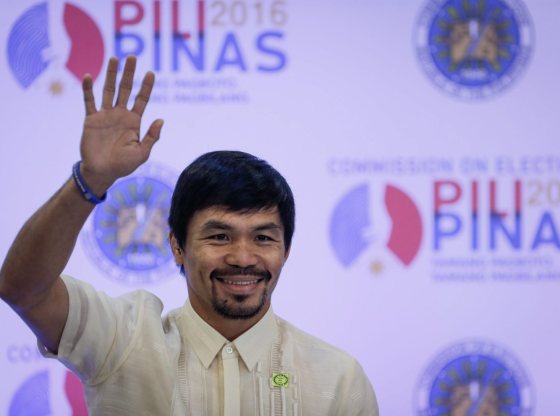 There is no stopping for the presidentiables in visiting the country’s vote-rich Cebu Province, as this time, Senator Manny Pacquiao is expected to visit Cebu tomorrow, October 28, 2021.

The event aims at reminding the Filipinos in general and the Cebuanos in particular of the atrocities that were committed upon the declaration of martial law during the Marcos dictatorial regime.

Holganza along with his father, the late Ribomafil “Dodong” Holganza Sr. were among the political detainees during the martial rule joining several Cebuanos that were arrested and thus incarcerated against their will during the tyrant presidency of the late Ferdinand Marcos, Sr.

Fr. Romano was spared of the arrest but on June 11, 1985 he was abducted by armed men believed to be members of the military blocking his motorcycle then and forcing him to board their vehicle at gun point in broad day light along the corner of San Jose  and Katipunan Sts. in Barangay Tisa.

A staunch critic of the Marcos regime and human rights defender especially the poor and the oppressed, Fr. Romano was never found anymore after that incident making him one of the thousands of “desaparecidos” in the Philippines during the despotic rule of the Marcoses.

Before the wreath laying event, Pacquiao will hold a meeting with the officers and members of the MPPM in their national headquarters in Lapu-lapu City, Cebu.