Rosal suspends quarry due to rampant illegal operations in Albay 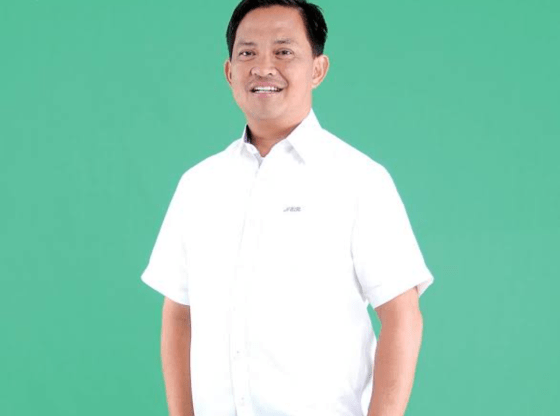 Legazpi City—For over a week, Albay Governor Noel E.Rosal uncovered numerous illegal quarry operations as over 100 quarry operators violating the environmental compliance certificate involving prominent contractors in the region while riverbeds have been titled and with tax declaration.

Rosal who won against former Governor Al Francis Bichara immediately inspected the quarry sites wherein quarry operations are being done even within the foundation of dikes affecting the government projects following the unregulated quarry operations.

Rosal said that quarry operators are encroaching the river banks which affect the stability of the government projects.

He said that quarries should be one kilometer away from the government infrastructure, upstream and downstream to protect the communities.

“Riverbeds have been titled and with tax declaration.Based on our data, there were 190 quarry operations last year with permits fromthe provincial government but the income is just P73 million. The operation isextensive but the revenue is low,” he said.

Rosal executive order mandated the temporarily suspending the extraction, processing, collecting, and transporting gravel and sands and other mineral resources in the province of Albay,” to correct their regularities and dealt with law for grave offense.

Rosal convened the quarry operators on Monday at LCCC where he discussed the irregularities uncovered during his visit and assessment of the quarry operations.“To be fair, I will listen to your situation with those who are operating legally,” he said.

Rosal assured the operators that quarry operations will resume as soon as they complied with the law. Rosal demanded the quarry operators to comply with the five requirements needed to obtain the governor’s permit to quarry.

“Albay is number one today when it comes to quarrying. We cannot permanently suspend it. It is God’s gift to us. The revenues generated could be used for many worthwhile projects but we don’t want those quarry operators continuously violating the law and affecting the environment. We need to protect the people and we don’t want a repetition of the Guinobatan incident during the height of super typhoon Rolly in 2020” Rosal said.

“I will not tolerate the quarry operators without a permit,expired permit, and over the volume of quarry materials,” Rosal said.Those operators who failed to obtain permits and possess expired ones are not allowed to engage in such extraction activities and are advised to re-apply.To be granted with sand and gravel permits, Rosal laid down the conditions to be complied with.

Second, the operator has been issued an area clearance from the MGB-DENR, allowing the activity to be conducted only on rivers and other areas of public domain.

Third, those purchasers of parcels of private land are not allowed in the absence of any clearance from the technical services of the DENR.

Fourth, a clearance that the area for extraction activity is not within (1) kilometer radius of a government-owned real facility property or infrastructure. A composite team from the Environment Management Bureau(EMB), Mines and Geosciences Bureau (MGB), Department of Public Works and Highways (DPWH), Department of Environment and Natural Resources (DENR), region and provincial offices will jointly assess and issue the clearance above-enumerated should the applicants meet the requirements of the above-named agencies.

Otherwise, the permits to operate shall remain suspended or worse, revoked after due process. Hence, any activity will be considered illegal.

Thorough investigation is also ongoing to determine the liability of the officers responsible in the past administration that assessed and granted permits to extract non-compliant individuals and companies, that purposely bought registered and unregistered lands for the purpose of extracting sand, gravel, and other similar mineral resources, despite the lack of DENR clearance.

The governor also warned the quarry operators not to exceed the maximum volume allowed in the permit and to cease over-extending to adjacent parcels of land from their concession areas.

He also directed the Philippine National Police to check the areas to secure the location to make sure the quarry operators cannot operate until the EO is lifted. He added that only 10-wheeler trucks would be loaded with aggregates or quarry materials.

Truck routes will be divided with barangay roads being off-limits to delivery trucks loaded with aggregates to avoid destroying these.

Quarrying at night will no longer be allowed in order not to disturb the people, Rosal added. (Raydes B. Barcia)