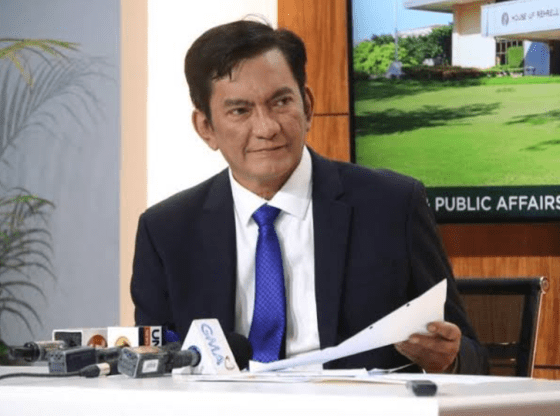 By Raydes Barcia
––
Legazpi City—Following the withdrawal of Chinese government over the three major railway projects including the anticipated South Long-Haul project in Bicol to Matnog, Sorsogon, Albay Rep. Joey Sarte Salceda said that the country’s development should not be used as diplomatic leverage.

The lawmaker said that Japan, Singapore and Korea including the United States are notable partners of the Philippine government that can replace and go on financing the ODA’s project vacated by China.

“Japan has just provided the trains for the new North-South Commuter Railway Project a few months ago. And our countries are closer than ever. I think Japan will be very happy to take over financing a project that China has vacated,” Salceda said in a statement.

The next step is not to try to persuade China to back us up again, but to simply look for other funders, he said.

“Our development should not be used as diplomatic leverage among supposed friends. If they want to finance our development projects, they are welcome to, at the right terms. But if they don’t want to, we can always find others,” the lawmaker pointed out.

The loan agreements for three major railway projects in the country are now considered “withdrawn” after the Chinese government failed to act on the funding requests by the Duterte administration, DOTr Undersecretary for Railways Cesar Chavez said.

According to Chavez, the negotiations for the three railway projects which started in 2018 and have been approved by the National Economic and Development Authority (NEDA) to receive official development assistance (ODA) loans from China.

Due to this, Salceda said that he will try to connect with DOTr Secretary Jaime Bautista and Incheon Metropolitan City in Korea as former and current advisor of Green Climate Fund to see which countries could replace China or taker to proceed with the railway projects.

“I will try my line with both Secretary Jaime Bautista and my network as former Green Climate Fund chair and current adviser to the Incheon Metropolitan City in Korea to see which countries would be happy to take China’s place. China was not the only proponent of funding railway projects in the country, after all,” the Albay lawmaker said.

The lawmaker said that opening the public private partnerships to new funders such as Singapore who invested heavily in the Philippine private sector is another option.

“Opening our project portfolio to more public private partnerships will also open us to new funders, such as Singapore, which has been investing heavily in the Philippine private sector,” Salceda said.

Another option considered by Salceda is for the United States government to allot its fund in the country’s ODA project as its strategic partner.

“I think it’s also time for the United States to put its money where its mouth is about the strategic importance of the Philippines. South Korea even gave us more foreign aid and grants than China did last year,” Salceda said.

“If China wants to build stronger ties, they are welcome to try, as all other nations are. This withdrawal does not achieve that objective. If anything, it compels the Philippines to seek closer ties with other friends – countries that may not necessarily be China’s friends, too,” the lawmaker added.