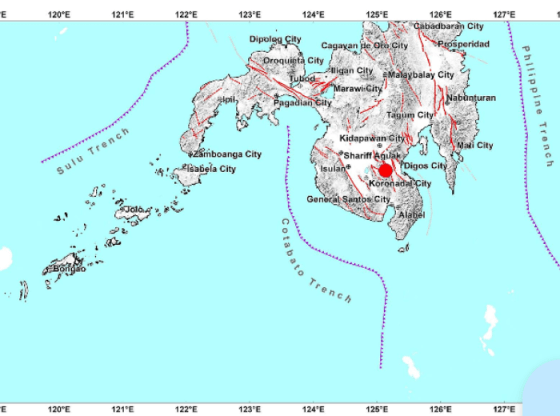 The Philippine Institute of Volcanology and Seismology (PHIVOLCS) initially reported that the said tremor was at magnitude 5.6, with its epicenter at 06.84° North, 125.09° East – 011 kilometers North 36° West of Magsaysay, Davao del Sur, with a depth of focus of six kilometers.

On the other hand, the emergency alert system of the National Disaster Risk Reduction and Management Council (NDRRMC) notified residents from affected areas of the shaking at 4:35PM, roughly 12 minutes after the tremor.

PHIVOLCS and NDRRMC alerted everyone that aftershocks and structural damage are expected following the quake.

As of now, there are no reported injuries, missing, or deaths yet due to the earthquake.