Six children trapped during flash flood in a stream 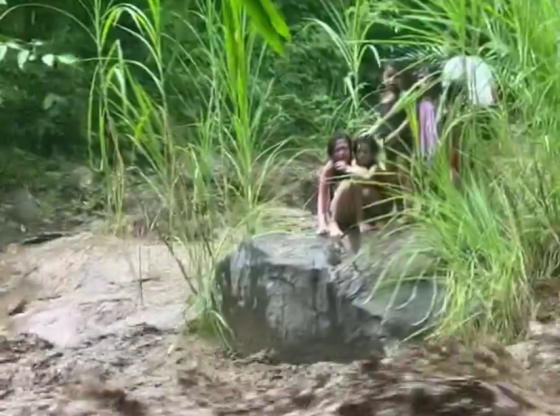 A group of six children bathing in a stream in Purok 2, Barangay Balengaeng, Tugbok District, Davao City got trapped in the stream due to a sudden gushing of muddy water Tuesday afternoon, June 28.

Facebook user Dimps Cansana posted videos of the children standing on top of a huge rock in the middle of the stream and seeking refuge while waiting to be rescued from the violent rush of water.

She also bared in her Facebook post that among those trapped in the flash flood are her nieces.

People nearby and the rescue team quickly responded to the call for help and rescued the trapped children.

Cansana, in a follow-up post at 2:50 PM Tuesday, shared that the children have been successfully rescued and are now safe.

According to reports received by the rescue team, the flash flood was caused by heavy rains in the hinterlands this afternoon.